This article is reprinted from the business magazine “WORK MILL with Forbes JAPAN EXTRA ISSUE – FUTURE IS NOW” (2020/06).

Under the banner of “co-create a 100% renewable-powered planet,” SHIZEN ENERGY Inc. has built an organization, decentralized since its establishment, that engages in the natural energy power plant-based power generation business, business development, and electricity retail business. The company has adapted flexibly, even through declarations of state of emergency. Now, with telework having become widespread, SHIZEN ENERGY Representative Ken Isono believes that the organization’s vision will become all the more important. We asked him about changes in work styles and mindset triggered by the COVID-19 pandemic, and about the stance required of organizations and individuals.

Our company’s way of working changed dramatically from mid-February. Essentially, we operate offices at a minimum. I made an early move with my family to the island of Yakushima, where I used to live. Drawing the line between work and private life can be difficult, but at the same time I feel I’ve gained time with my family, and that there are both positive and negative points.

The renewable energy we work with is base energy that drives society toward decentralization. As the creation of a decentralized organization has been a premise of ours since our establishment, we’ve been able to adapt to the current situation.

However, I realize the immense value of the ability to meet physically. Under current conditions, even people who want to go to the office aren’t able to do so. In response, we launched the Remote Work Promotion Committee and began sharing know-how internally on how everyone can spend time more comfortably. I feel that, through the accumulation of detailed know-how, internal communication has increased in volume since before the pandemic.

One concept that we’ve verbalized and want to value as a company is the idea of “co-creating.” It’s my sense that offices play a role in high-quality promotion of “co-creating.” In “Shakaiteki Kyoutsuu Shihon (In English, Social Shared Capital)” (Iwanami Shoten, 2000), author Hirifumi Uzawa states that “the value of the city is its creation of culture.” For us, the value of the office is not only that of a place to work, but also a place where new value is co-created.

At the same time, the image of the company is that of individual bases connecting to form a network. Since our establishment, SHIZEN ENERGY has had no concept of “headquarters.” While our Fukuoka office is registered as our headquarters, we call it an office, not the head office. This is because we believe there is value in belonging to a “network,” rather than to an “office” of a company. The number of people dispersing to rural areas due to the Corona pandemic has been accelerating. In Japan, large corporations are also relocating their headquarters to suburbs. How will the state of our cities change in the future? WORK MILL editor-in-chief Yamada Yusuke spoke with Aiura Midori, a partner at PLP architecture (a British design […]

As such, the office is a place that has nature and culture that let people say “let’s get together here.” Offices are currently scattered wherever is optimal for business, but looking ahead, it will be ideal for crew (as SHIZEN ENERGY calls employees) to have the ability to freely move with family to where they want to live, according to life stage.

I thought that this thinking would be realized around 2035, but with recent conditions, I have the sense that it’s been moved up by about 10 years. Local areas form the stage where our business acts. Many people there are older in years, with customs that differ too, so we always made visits to the areas to hold meetings face-to-face. Now, though, nearly all of our meetings are remote.

As telework becomes increasingly widespread, as has been predicted for some time, I feel that vision will become ever more important for companies. When there are offices or other permanent real spaces, the place’s air and heat can be shared even if the vision is not, so things may work out.

As telework becomes widespread, however, individuals will work in scattered locations, leading to differing motivations and ambitions and possibly weakening the organization. What becomes important here is vision. What are we working toward, and why? Clarifying and sharing the answer to that can build a strong organization. In the future, an organization with a robust vision will become stronger as a team; otherwise, it will struggle to lay a foundation to begin with. I think that sort of polarization will likely progress.

We have crew members and partners all over the world, including in Brazil, Southeast Asia, and Europe, so once a year we create an opportunity for worldwide crew members to get together. We have crew members meet up and talk to each other to deepen shared sentiment and mutual understanding with respect to our vision.

Holding the event this year may unfortunately be difficult, but online we’re holding various study sessions, introductions by crew members to their countries, and lunches between executives and new employees. Our trial and error efforts will continue for some time, but when I see crew members from 20 countries, of age 20-something to 70-something, gathered in one place to take part, I sense the potential for new ways of working. 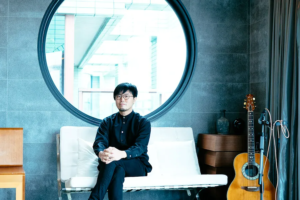 When we considered the speed at which renewable energy can be introduced, we knew that if we tried to cover everything ourselves, no amount of investment funds would be enough. So we’ve had a long-standing idea of ​​gathering partners to make investments with us, and creating a fund. I hope that co-creation will be born from this as well.

Last November, we created a joint venture with a major Canadian offshore wind power company. Projects are also beginning in Southeast Asia and Africa, across the continents.

One new initiative that we want to further focus on is Minimum Grid, a new power infrastructure structure. Rather than relying completely on a single electric utility or large power plant, this structure enhances resilience by connecting to loose networks while being self-sufficient in electric power, with no dependence on an energy supply source at the center. 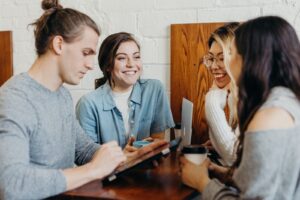 How to Engage Employees in Company Values? – LIFULL’s Internal Branding

Few people would argue against the importance of businesses having a core ideology. This defines why your company exists, and what its values to society will be. Businesses understand the importance of promoting these principles both internally and externally. That said, if asked whether their employees act in accordance with this core ideology, many companies […]

When considering electric power infrastructure that is not dependent on the center, I think the ideal is not that each part is isolated and self-sufficient, but rather that each is independent yet connected by a loose network. Minimum Grid is an energy structure for maintaining that state.

For example, installing solar panels and storage batteries in a building enables self-supply of electricity without dependence on existing electric power systems alone. Moreover, when there is a structure that makes use of digital technology to enable the lending of surplus electricity, survival becomes possible through the power of the network in emergency situations. I think this will enable a resilient and strong society.

We’re now in the period of transition into a society of independence and decentralization. I feel that we now have to “face up to living.” The question of how to live and survive day by day is a proposition that faced us before the COVID-19 pandemic. We have to consider not how to get by financially but how to live as creatures, and what we should do in order to live.

The pandemic has shaken the global economy to the core. The climate change crisis, too, will spark ever more changes in value. That is why I see a need to prepare a society that can adapt to unprecedented situations.

However, being self-sufficient in everything is not easy. In the Minimum Grid concept, it’s important that we at least enable ourselves to be self-reliant, and when we cannot be, let others accommodate us. This is by no means a one-way relationship of relying and being relied upon. Assuming that a party and its community are self-reliant, the relationship is one of mutual aid, making up for each other’s shortcomings.

It’s my sense that modern society, myself included, is too dependent on others for what is needed to live. Relying on others is different from dependence. If we can construct social systems in which people and organizations alike are connected in the manner of networks while being self-reliant, a new future should come into view. We want to proceed with the construction of such social systems, initially from the approach of energy.

―Ken Isono  CEO, SHIZEN ENERGY Inc.
Ken Isono was born in 1981 in the village of Takayama, Nagano Prefecture. He spent his childhood surrounded by nature in Nagano Prefecture and in Los Angeles. As a fourth year university student, he set out on a trip to 30 countries, where he witnessed serious environmental and social problems. After graduation, he oversaw advertising sales at Recruit. Subsequently, he moved to a wind power generation company, where he worked in the development, construction, and maintenance of wind power plants around Japan. In June 2011, he founded SHIZEN ENERGY and became its Representative Director. He is a graduate of the Faculty of Environment and Information Studies, Keio University. He holds MBAs from Columbia Business School and London Business School.